Do you ever wonder what it would be like to be without health care? Sandra, a Philadelphian suffering from diabetes, knows exactly what it feels like. When she was between health care providers, she couldn’t get her medication, putting her health at risk. “I am one story,” she said during a press conference in support of the Affordable Care Act (ACA). She continued, “But there are many stories like mine.”

Under the Trump administration, the number of uninsured Americans has gone up by 7 million (Gallup). This loss of coverage is disproportionately affecting certain groups of people. Younger and lower-income 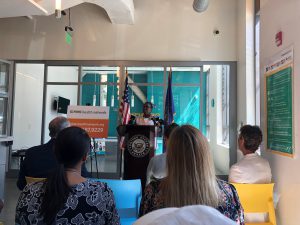 Americans, as well as women, are without insurance at higher rates (Gallup). These numbers could increase significantly in the near future with the possibility of the Texas vs. United States lawsuit heading to the United States Supreme Court.

Initially filed in February, 2018 by 20 Republican state attorneys general and governors, Texas vs. United States challenges not only the constitutionality of the individual mandate portion of the ACA, but the entirety of the ACA. The plaintiffs argue that because the individual mandate is so central to the ACA, the two cannot be separated, deeming the ACA unconstitutional as well.

Standing in PHMC Health Connection, a federally qualified health center, United States Senator Bob Casey addressed press, members of various health-related nonprofit organizations, and citizens of Philadelphia in support of the Affordable Care Act. During his time at the podium, he spoke about the consequences of losing the ACA, including the significant implications for maternal and child health and for those with pre-existing conditions.

Repealing the ACA would detrimentally affect women’s access to health care, and could leave millions of women and their children without affordable coverage options. In terms of maternal health care, the ACA provides everything from family planning to maternity services, including breastfeeding support for nursing mothers. Under the ACA, women are guaranteed access to maternity coverage as an essential health benefit. Without this guarantee, even if they have health insurance, women may still have to pay out of pocket for maternity services.

Before the ACA, pregnancy could be considered a pre-existing condition, giving insurers the opportunity to deny women coverage simply for being pregnant. Losing the ACA would mean these women could not only lose their insurance, but could also be continuously denied coverage for maternity care. 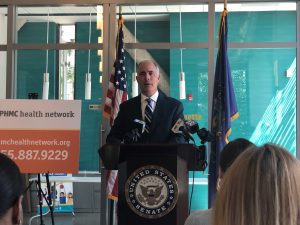 All in all, repealing the Affordable Care Act would be dire for women who plan on having a family and maternal health care, stripping essential services and health care away from millions of women and their families. We thank Senator Casey for so tirelessly supporting the ACA, and will continue to fight for access to maternal health care alongside him.

Jordan Weir, M.S. is a development and policy professional. Currently, she serves as the External Affairs Coordinator at Maternity Care Coalition where she works with both the Fund Development and Policy teams. She has a Master’s of Science in Nonprofit Leadership from the University of Pennsylvania and a B.A. in International Studies from Washington College. Ms. Weir is from the Washington, DC area but currently resides in Philadelphia, PA.