“I fight a lot of battles in my life and it’s just fighting against the odds.”–Serena Williams

Growing up, Serena Williams was my idol. Seeing her dominate on the tennis court at about 8 years old spurred my interest in tennis – resulting in my parents allowing me to take lessons at Arthur Ashe Tennis Center in Philadelphia. While my interest in tennis diminished over time, my respect and admiration for Serena remains. She is a real life Superwoman who, wears the S on her chest with class, radiance and dignity. After reading the Vogue article earlier this year where she shared her birth story, my opinion of her being Superwoman was confirmed and my admiration for her grew stronger.

Being an African-American woman working for Maternity Care Coalition, an organization looking to bring awareness to maternal health disparities in the United States, I often see the hard truths I face when it’s my turn to give birth. I not only have to worry about my own health, but I also have to worry about the health of my child. The last two years I worked on the PA Safe Sleep campaign and it is quite clear to me that in the conversation about maternal health and mortality, infant mortality must be discussed as well.

I have two degrees and worked extremely hard to obtain them, to not only make my family proud, but to prove to myself that anything is possible. I was raised to always have confidence and to never think of myself as less just because of my gender or the color of my skin. Unfortunately, a study from New England Journal of Medicine, states that my child is twice as likely to die compared to an infant born to a similarly educated white mother because I am and he or she will be, black. Why? Why will my child, born to a mother with two degrees, who came from a two parent household and had access to all of the education and healthcare necessary, be born at a disadvantage all because of the color of MY skin? This is 2018 not 1818.

I have a support system made up of family and friends from all nationalities and walks of life. However, after knowing what I do about how black women are treated during childbirth and seeing someone like Serena Williams, one of the greatest athletes EVER, my idol and a well-known African American woman face the adversities she did giving birth to her daughter Olympia, how can I do anything but be terrified of what I will face during one of my most vulnerable experiences in my life? I have heard the stories of racism experienced by my parents and grandparents and at times experienced it myself. I used to be naïve thinking that systematic racism would be a thing of the past for my children, but it is so clear that they will still be victims of prejudice no matter what they are able to accomplish.

In her HBO documentary, Being Serena, Serena discusses finding out she was pregnant with her daughter, her pregnancy, childbirth experience, wedding and training to get back into tennis. She opens up showing a side of her that is raw and rarely seen. Serena candidly speaks on the fear she felt juggling her pregnancy and playing through the Australian Open in January 2017 as well as the fear she felt becoming a mother and her tenacity to be a pillar of strength for her daughter Olympia.

Serena made it clear upfront that she had a great pregnancy. She was healthy aside from a little heartburn and was able to continue exercising and training with few modifications and continued eating a healthy diet. She had suffered from blood clots for many years and took as many extra precautions as possible to have a medical team that understood this. Any surgery, no matter how small, can be life threatening for her. Serena does not take her health for granted and knew the risks of having a Caesarean Section to deliver her daughter. Once Serena went into labor, her birth plan was focused on having a natural birth. During one episode, Serena mentioned that she always likes having a plan and made sure to have one for her labor and delivery which included having her mom and fiancée by her side the entire time. Unfortunately, as her contractions grew closer and closer, her daughter’s vitals began to drop. Her medical team waited until the last minute, but ultimately made the decision to move forward with a Caesarean Section. She was scared for the entire process, but once this decision was made she expressed that “it was a whole new kind of fear.”

Thankfully, Olympia was born without complication, but unfortunately for Serena, she did experience a few complications. After her surgery, she did not regain feeling in her legs and after some time, couldn’t breathe. She told a nurse she couldn’t breathe and that she needed an oxygen mask. She was her own Advocate and was assertive about her needs and clear about what she was experiencing. It was later discovered that the cause of her shortness of breath was from loss of blood from her stitches breaking. She was taken back into surgery to re-stitch her stitches that had come undone, her second surgery within days. After this surgery she requested an MRI with dye to check for blood clots because she felt that she was having a pulmonary embolism in her lungs. The MRI results showed a blood clot in her legs and she was again, for the third time, taken into surgery to relieve the clot and to have a filter installed in her leg to help reduce the chances of another one. When she finally left the hospital, Serena was only 5 days postpartum and had three surgeries, but she was alive and had a beautiful healthy daughter.

Serena talked a lot about fear and strength during her pregnancy, labor and childbirth experience. She has a platform to share with others the fact that she HAD to Advocate for herself because no one else would. It was clear that while her plan was not followed exactly, her support system was there for her each step of the way. It’s unsettling to know that unfortunately this is not the case for many mothers in the United States though. Maternal death rates in the United States are abysmal and according to America’s Health Rankings, in Pennsylvania alone, out of every 100,000 births, 16.7% of mothers died due to causes related to pregnancy with the national average at a higher rate of 19.9%.

Many people do not have a support system or the ability to be their own Advocate and unfortunately, women go unheard and ultimately untreated for complications experienced during childbirth from known and unknown causes. The United States is supposedly a developed nation with some of the smartest minds residing in it. If that is the case, why are so many women, especially black and other woman of color dying for treatable causes?

Change needs to happen immediately to stop this epidemic to save our mothers. The first step to change is to address the issue, which does include institutional racism and personal bias. I am comforted to know that change has the potential to be on the horizon. Recently, Pennsylvania Governor Tom Wolf signed House Bill 1869 that will look into maternal deaths in Pennsylvania. Serena said during her documentary “I fight a lot of battles in my life and it’s just fighting against the odds.” The odds weren’t in her favor, but she still beat them. Let’s hope that more women can continue beating these odds and that we ultimately change them to a better favor for all women. 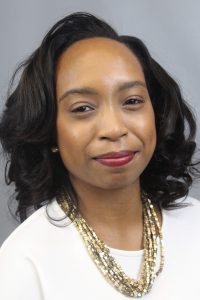 Megan A. Speight, M.S. is a public relations and communications professional with over 5 years’ experience in the industry. She has worked in both the nonprofit and for-profit sectors working for organizations such as Comcast, the Franklin Institute and the National Constitution Center. In her current role as Communications Coordinator at Maternity Care Coalition, Ms. Speight focuses her efforts on developing and implementing public relations plans, supporting the Fund Development and program staff with events, and co-manages all of the organizations’ social media platforms.

Ms. Speight is a native of Wyndmoor, Pennsylvania, but currently resides in Philadelphia. She is a graduate of Springside School, obtained her B.A. in Communications from George Mason University and her M.S. in Public Communication from Drexel University. She is the Deputy Director of Public Relations for WIM Global, a Blogger for the Red Cross of Southeastern Pennsylvania, a member of the Marketing Advisory Committee for Project 440 and a member of the Junior League of Philadelphia.