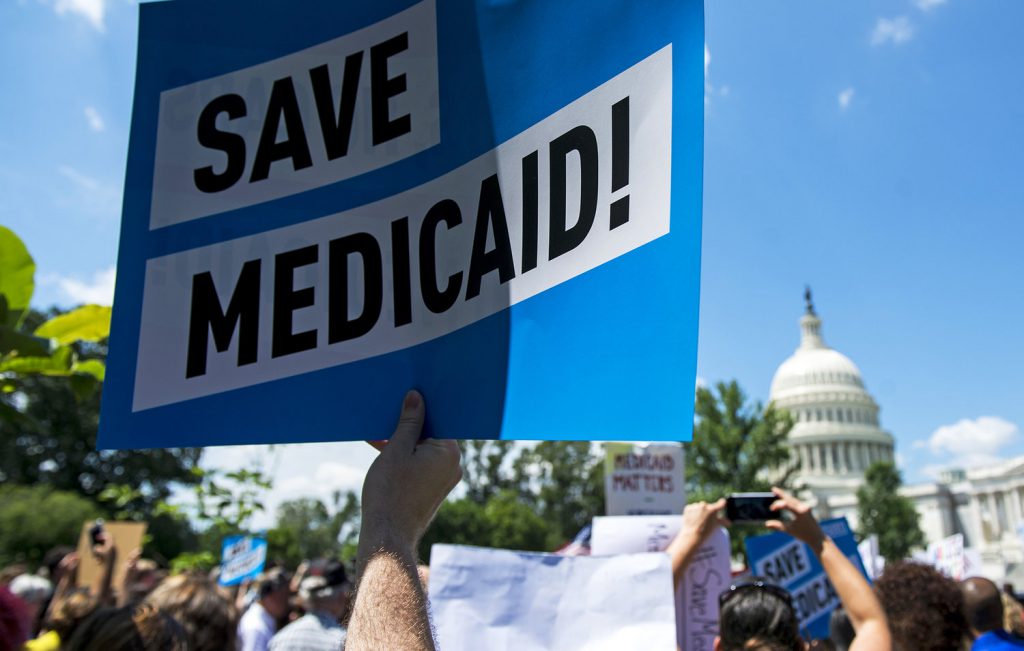 In July, without debate or hearing from any informed or impacted parties, State Republicans passed an amendment to HB 59 that, among other issues, mandates Pennsylvania’s Department of Health to seek a Federal waiver that would require Medicaid recipients to hold or seek a job to remain eligible for healthcare coverage.  The vote was along party lines; not a single Democrat approved it.  The bill has now gone back to the Rules Committee where it was introduced.  Neither the House nor the Senate version provides detail regarding who will have to participate.

This amendment, a misguided attempt to change Medicaid, is unnecessary and will actually increase costs, both to beneficiaries and to Pennsylvania. Further, it is based on a number of fallacies which have been repeatedly disproved.

MYTH: “Medicaid recipients do not work”:
Kaiser Family Foundation analysis of the March 2016 Current Population Survey (CPS), which reflects health insurance coverage in 2015, documents between one half and three quarters of all Medicaid recipients already work themselves or live in a household that includes someone who works. In Pennsylvania, 72% of their households include a worker and 55% work themselves. National figures show that, of those who do not work, 35% are ill or disabled and 27% are caring for home or family. The most of the rest are in school or unable to find a job.

MYTH: “A work requirement will be financially advantageous to the State”:
It’s the other way around.  Expanded Medicaid coverage, according to Pennsylvania’s own assessment in 2015 increased the number of jobs, the state’s GDP and tax revenues.
Also, such a program would entail additional staff and administrative systems, as well as personnel to fix the anticipated glitches.  The up-front costs per enrollee subject to the work requirement would likely be higher than any possible gain to State coffers.

MYTH: “A work requirement increases workers in the Medicaid population”:
Studies of mandatory work requirement programs show no workforce gains. While initially they do produce a small but statistically significant increase in beneficiaries who work, by five years there is no difference in worker percentage among those in a required program versus those who are not. What these programs do accomplish, though, is to diminish the numbers of Medicaid recipients, thereby rendering those disenrolled without access to insurance, potentially less healthy and therefore less able to work.

MYTH: “Few recipients would lose their coverage”:
The undereducated, women with family care responsibilities, and those too disabled to work but who do not meet specific program requirements would be most likely to lose their healthcare coverage, because they are unable to comply either with the paperwork or the work requirement itself. In general, those who can work do so now.
Since there is no definition of “disabled” in either House or Senate bills, some recipients with true difficulties working might not be able to comply with requirements absent the supportive services that are needed for them to succeed. There is nothing in either bill requesting funding for such services.

MYTH: “There are jobs available for all who want to work”:
Depending on the definition used, Pennsylvania’s current stable 5% unemployment rate means full or almost full employment.  Further, almost none of the listings in online job boards would be applicable to currently unemployed Medicaid recipients, since all require a high school diploma or GED; some also list strength or experience requirements.

THE BOTTOM LINE
A mandatory work requirement for Medicaid eligibility has NEVER been shown either to increase workers or to keep those who are working from losing eligibility for administrative reasons.  Such programs provide much pain for our most vulnerable citizens with no gain, and usually a loss, for State budgets.

Please contact your State representative now. State budget negotiations and CHIP (Children’s Health Improvement Program) reauthorization are due for a vote on September 30.  Let them know: